Peyronie’s Disease (PD) is a disorder of abnormal wound healing that results from the tissue of the penis has been damaged. Most men experience a hard nodule or lump on the penis followed by penile curvature, narrowing, and sometimes erectile dysfunction. Peyronie’s Disease occurs in close to 10% of all men and is not usually discussed openly by men and the healthcare community due to its sensitive nature. This is a non-cancerous disorder but the disease can have a profound impact on intimacy with your partner and your psychological well-being. Depression can develop, and relationships can be ruined. There is hope. If you are one of the many men who suffer from Peyronie’s Disease, there are multiple treatment options available to treat the penile abnormality, penile length loss, and ED that may occur. Dr.Shridharani has advanced urological training in the diagnosis and management of Peyronie’s Disease, sexual dysfunction, and ED. His Men’s Health clinic in Chattanooga, TN offers a comfortable, discrete setting where your concerns can be addressed according to your schedule.

WHAT ARE THE SYMPTOMS OF PEYRONIE’S DISEASE?

Peyronie’s Disease doesn’t follow a singular progression: it can develop suddenly or gradually. These are the common signs and symptoms:

CAN PD AFFECT MY ERECTIONS?

Yes. Because the Peyronie’s plaque is inelastic it cannot trap the blood within the erectile cylinders as well as normal elastic tissue can. Veins that travel through the tunica are usually compressed during normal erection but are not in the Peyronie’s plaque. About 1/3 of men with PD will develop ED during the course of their disease process. This can be treated with the same medications and procedures that are used to treat ED from other causes.

WHY IS IT IMPORTANT TO SEEK UROLOGIC CONSULTATION? FOR PD PD can have a significant impact on your sex life, intimacy with your partner, and your emotional well-being. It’s not far from the truth that men often attach their sense of self-worth to the function and appearance of their penis. Related to this is the sensitive nature of the organ this disease occurs in. Isolation, shame, and depression can occur. Therefore, PD can place stress on existing relationships and lead to avoidance of future relationships. Seeking a physician consultation and increasing your awareness of the disease process are the first steps to understanding this treatable condition. By empowering yourself with knowledge and specialized physician support you may regain normal function and lessen the emotional impact of the disease.

See What Our Patients Are Saying!

(Google Review)
“Dr. Anand was absolutely great. He explained in layman’s terms what my condition was and what course of action that we would be taking for my health. He was very kind to me and treated me with dignity and respect.” – E.N.

HOW IS PEYRONIE’S DISEASE EVALUATED?

An assessment of the man’s health, medical conditions, medications, and lifestyle will be performed. The impact of PD on the individual and couple will also be assessed via questionnaire. A focused physical examination is mandatory. Imaging tests may be used to check for structural abnormalities and blood flow in most cases to fully assess the disease. The results of these tests will help your doctor determine the best treatment options.
Dr. Shridharani recommends that individuals bring their partner to the consultation if one exists and the man is comfortable doing so. He believes this will appropriately address all issues affecting the man and partner as well as involving them both in the care plan.

WHAT IS THE NEXT STEP?

Millions of men suffer from PD. Many of these men will not discuss these issues with their care providers out of embarrassment, a sense of helplessness, or fear of unknown treatments. PD is an undeniably treatable condition. Dr. Shridharani has advanced urological training in the management of PD, and his clinic is devoted to Men’s Health. We provide a comfortable setting where your quality of life issues will be managed at your pace. Our mission is to help you regain full sexual function and intimacy with your loved one.

HOW PEYRONIE’S DISEASE IS TREATED

Early Peyronie’s is classified as “acute.” This is when you may have penile pain or changes in curvature. This can last from just two to four weeks all the way up to a year or more. The “chronic” phase is when symptoms have stabilized. Any changes in curvature or length have settled. Treatment options Dr. Shridharani uses can vary depending upon if you have acute or chronic Peyronie’s Disease.

There are three different avenues Dr. Shridharani may use: medications, traction therapy, and surgery.

These are surgical methods used:

CAN PEYRONIE’S DISEASE BE PREVENTED?

Most of Peyronie’s Disease cases develop due to injury to the penis during intercourse. There are things you can do to prevent this. These sorts of injuries typically happen to men when their erection isn’t as rigid as in their younger days. While intercourse may still be possible with a semi-erect penis, this is when an injury can happen if the penis bends when thrusting. This can damage the elastic tissue inside the penis. As the penis heals, scar tissue forms inside around the erection chambers causing the curvature. Still, there are other cases where there have not been injuries, but the patient still develops Peyronie’s.

If you’re concerned about developing Peyronie’s, there are a few options to be cognizant of:

CAN PEYRONIE’S DISEASE GO AWAY ON ITS OWN?

In some men, for unknown reasons, both the curvature and the pain associated with Peyronie’s Disease improve without treatment. This is not typical, however.

The precise reason a man develops Peyronie’s Disease is not pinpointed, but there are a number of factors involved. It is thought to result in most cases from repeated injury to the penis. This could happen during sex or athletic activity. But in some men, Peyronie’s seems to develop gradually and doesn’t seem related to an injury. In these men, it is thought the condition could be linked to an inherited trait. To that end, if a family member has Peyronie’s Disease you have an increased risk of developing it.

Contact Dr. Shrid Men’s Health & Microsurgery today or if you are in the Knoxville, Tennessee, Huntsville, Alabama, or Northern Georgia area, visit us in Chattanooga, TN to learn more about Peyronie’s Disease. 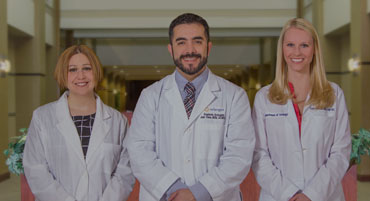 Focused on providing innovative, quality urology care for all patients.